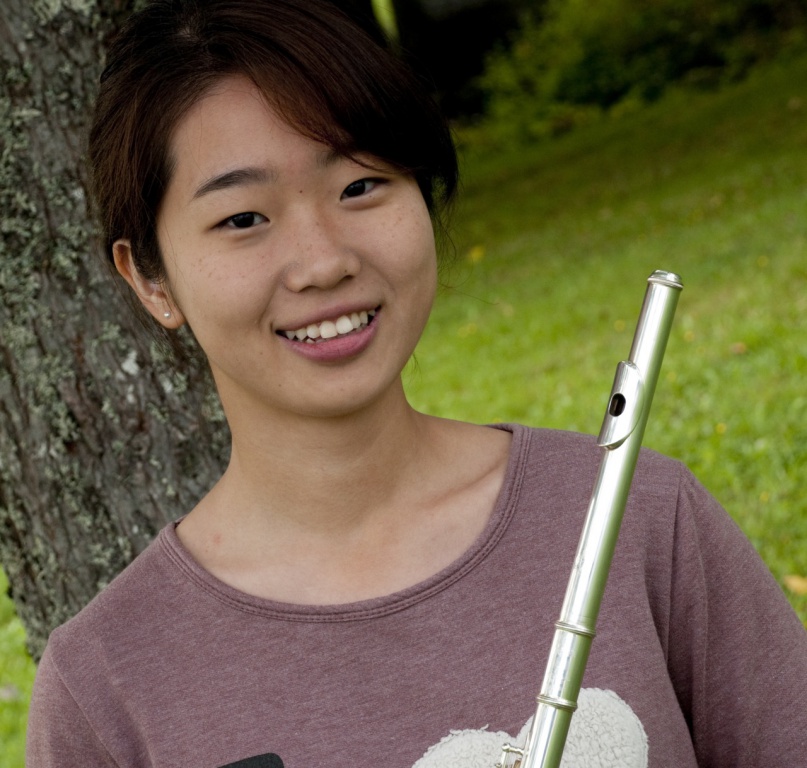 Youth orchestra will travel to Vienna this summer, but first takes the stage in Sackville this Sunday.

The New Brunswick Youth Orchestra has a storied past, and more chapters to that story are being added each year.

Plans for 2011 include a trip to Vienna for a world-class festival, but first, there are performances at home. The NBYO takes the stage in Sackville this Sunday for a matinee concert, then plays Bathurst on Feb. 13 and at Moncton's Wesleyan Celebration Centre on April 2.

This is an orchestra made up of school age and university kids, about 70 of them, who audition, rehearse, study and tour simply because of their love for classical music, the orchestra and their individual instrument. That passion has seen them invited to World Expos, to Europe, to China, to Carnegie Hall, and even to play before royalty.

There have been some big changes recently. In 2008 Don Matheson became the new executive director of the orchestra, and last year Antonio Delgado, perhaps one of South America's best known conductors, took over the role for the NBYO.

"There have been a lot of changes," admits Don. "For example, over the last year and a half we have launched the Sistema program in order to reach more and more people. Before that we taught 65-90 kids a year, and now we are reaching many more."

This is a program originally launched in the poorest barrios of Venezuela, and now it is reaching over 350,000 children in that country alone, offering opportunities to learn and develop themselves through music. The idea in Latin America is that any student who wants to can come in the door, and as long as they commit to doing the work, they are given an instrument and the opportunity to learn.

In New Brunswick, Sistema began with a with a trial daily after-school program at Moncton's Beaverbrook School. Some 40 kids are bused from four surrounding schools five days a week for a three-hour program that includes choral rhythm and instrument work, all at no cost.

The plan is to expand this to three other locations in the province by 2014.

"We really see this as a mission-based plan to engage more and more people with music," says Don.

It is partly because of the arrival of Antonio that Sistema has blossomed.

"A lot of people think when the new conductor came, everything changed," says Moncton's Julie Wasson, first violin with the orchestra. "Antonio shows his passion more than anyone I have ever seen."

Antonio has been conducting since he was 14. Born in Caracas, Venezuela, Antonio is a product of the "Sistema Nacional de Orquestas Juveniles e Infantiles de Venezuela" (National System of Youth and Children's Orchestras of Venezuela). He began in this musical outreach program playing the violin. He then went on to the Simon Bolivar Conservatory in Venezuela and was later admitted to the National Musical Studies University Institute.

He has conducted every major orchestra in Venezuela, and also directed in Puerto Rico, Ecuador, Guatemala, Cuba, Italy, Panama, and now New Brunswick. He has conducted symphonies, ballets and operas, all without losing touch with his roots and the passion that inspired him to follow his dream.

"It is a lot of work to be part of the orchestra," says Riverview's Abigail de Niverville, who plays the oboe. "You have to love what you do, but it is also a place where everyone loves what they are doing and works together.

"We are the only Canadian orchestra invited," says Don.

"There are a lot of things I have done over the years which are good," says Abigail of her time with the orchestra. "I loved playing at the ECMAs with the orchestra. It was a really interesting experience, and there were so many more people than at a normal concert and a different sound and atmosphere.... Plus I walked past Joel Plaskett and said, Whoa, that's Joel Plaskett..."

"But I am really excited about the Vienna trip," she continues, "This is the music capitol of the world and to go there and be judged by world-class musicians and be given master classes by really experienced and famous musicians, which is something we cannot get right here."

This is an attitude echoed by anyone you speak to from the NBYO.

"I can't wait to go to Germany and Vienna in June..." says Julie, "We get to play in a music competition, we get to hear other orchestras, we get to play where Mozart played and see the Mozart orchestra play... If you are a musician this is pretty awesome."